WW-B. Dahl Bluestem grass is by far the best of the different varieties of bluestem, in terms of low maintenance, bug resistance, yield, and drought resistance. A single plant in its early stage will grow mostly flat to the ground. When mature, the single plant can almost cover a full square yard, and grow two-to-three feet tall. It has long green leaves, and it produces a unique oil that has a distinct “sweet” odor. The odor, while pleasant to humans, it is a repellent for various types of worms, flies, grasshoppers, and fire ants. We discovered early on that—when planting WW-B. Dahl—“patience is a virtue” during initial plant development! The grass seems to grow a deep root system slowly at first, and above the ground, full maturity is not noticed until the second year’s growth.

Our initial 100+ acre dryland hay field has provided anywhere from four-to-eight tons per acre yield in round hay bale production - many times being harvested twice (July and September). During the drought a few years ago, the field received only a ¼-inch of rainfall for most of the year, and we were able to get a full hay cutting with a yield of two-to-three tons per acre. The grass is very drought resistant, once it has matured.

Our ranch land is firm black clay, in which WW-B. Dahl Bluestem seems to thrive. Our best success has come from no-tilling the grass seed into a very firm, prepared seed bed at 1/8-inch deep (the shallower, the better) at about two-to-four pounds per acre. Seeds must have contact with soil, so the less trash on the ground, the better. Also, weed control is critical, because the grass seed is slow-growing in its early development. We now have more than 1,000 acres in WW-B. Dahl Bluestem grass, and Turner Seed from Breckenridge, Texas, harvests the seeds annually off the ranch. Every year we put approximately 250-to-400 of new acreage into WW-B. Dahl Bluestem grass. In our opinion, this is the best grass for the money. 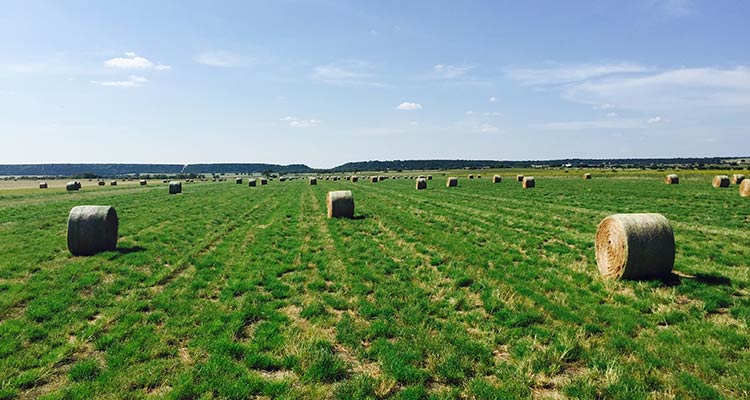 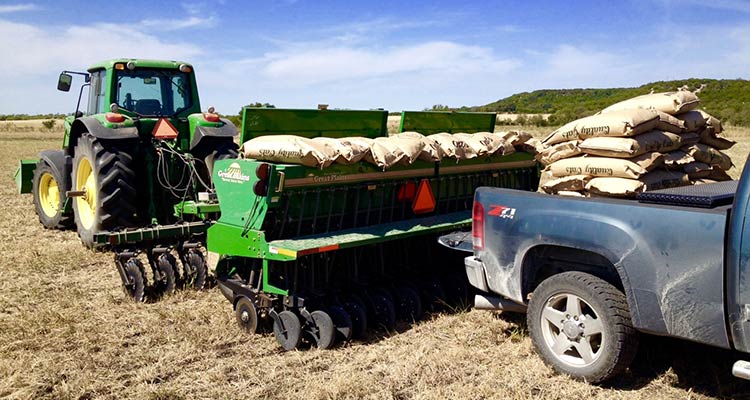 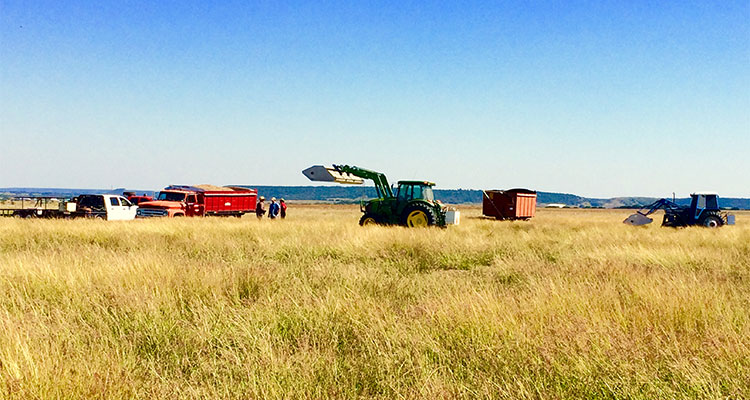 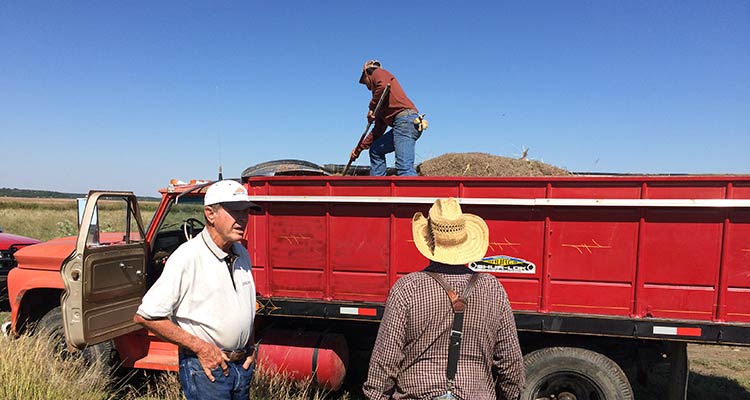 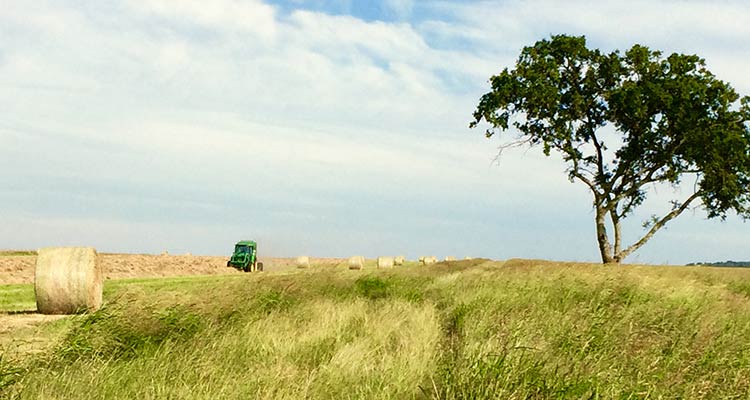 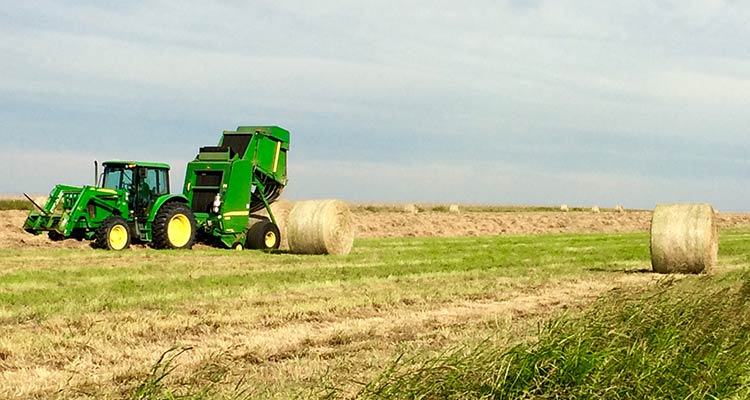 We have an aggressive ET program at PAR in an attempt to mass produce genetics from our elite donor herd. We calve in both the Spring and Fall for just under 90 days in each season and flush every three weeks through both seasons, so that if a recipient comes back in heat she is lined up for the next flush. We typically have four rounds of traditional ET (Embryo Transfer) per season with all the work being done by Hoofstock Genetics from Ranger TX. Our close proximity to Hoofstock also allows us to do IVF work when it’s warranted. Most of our donors are flushed for a full year and then put back in calf. We will continue flushing between the Fall and Spring breeding seasons to build a frozen embryo bank for those days when we don’t produce enough embryos to fill our recipients. Typically the second round of the fall breeding season will be a thaw-only day so that our hard-working hands aren’t required to give FSH shots or breed donors on or around Christmas.

We work very hard at PAR to keep this program as efficient as possible and flushing every three weeks, although it creates a lot of work, is the best way we have found to keep our recipient herd calving on a 365 day cycle.

Our AI program is just as intense and aggressive as the ET program. We start breeding just after Thanksgiving and will continue through January then start again April 1 for spring calves and continue through mid-June. Clean up bulls are then turned out to breed the few cows we have not successfully bred and will stay out through July. At the beginning of each breeding season we will synchronize all cows that calved in the first 60 days of the season in an attempt to move those mid-season cows to the beginning of the calving season. Cows that calve in the last thirty days of each season are synchronized in the middle of the season trying to move them to an earlier calving date as well. The key to a successful AI program is extensive heat checking. AI cows are typically pastured somewhere close to the barn for easy access which makes it easier to catch them in heat. Each group is watched at least twice a day through each season. It is a lot of work but the end result is worth it, having an entire calf crop sired by breed leading, highly proven sires. 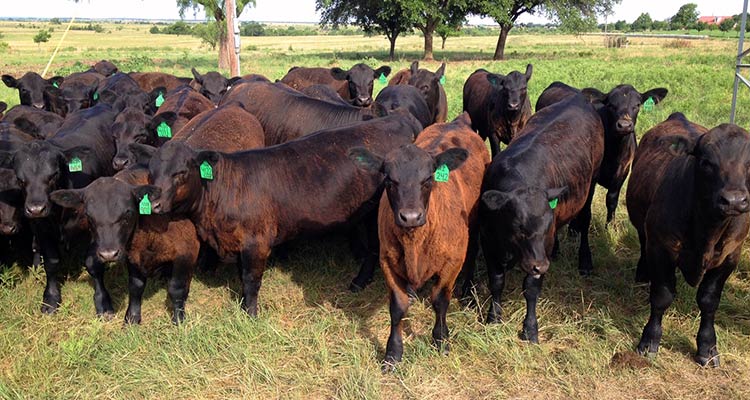 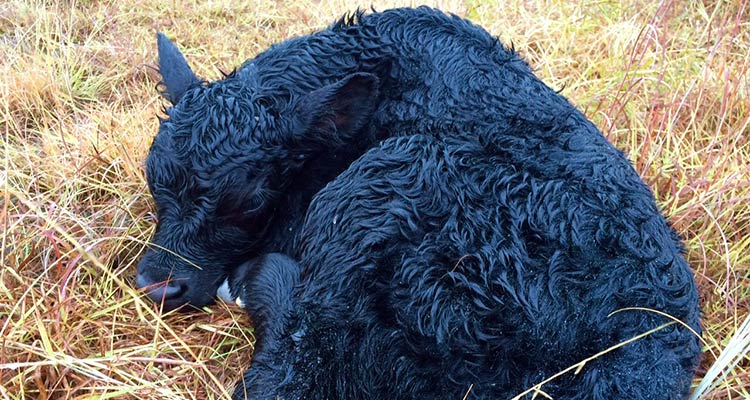 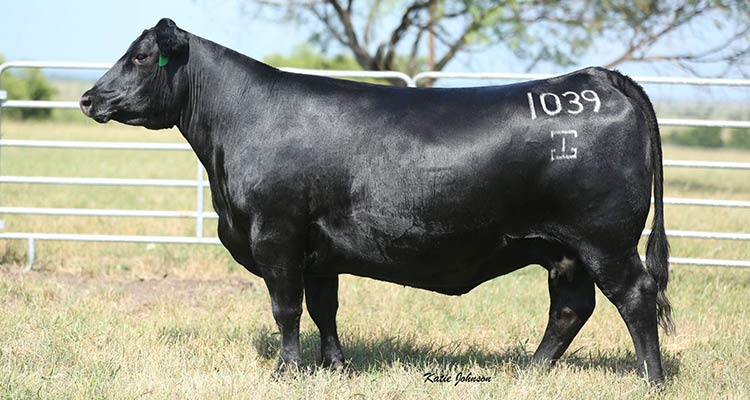 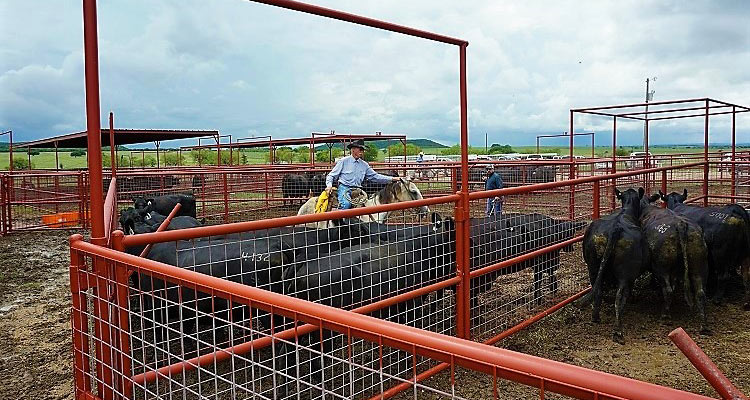 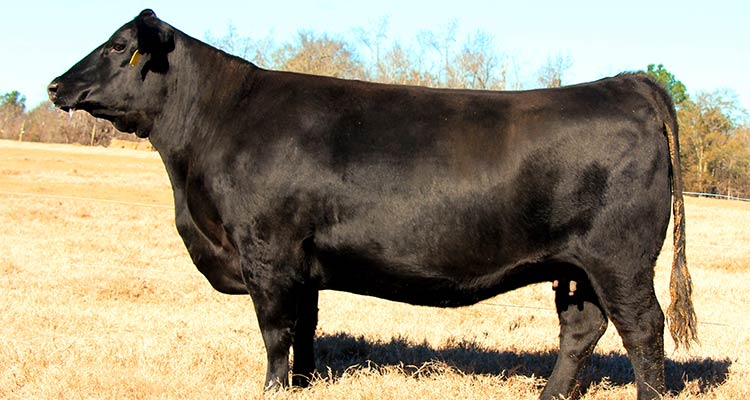